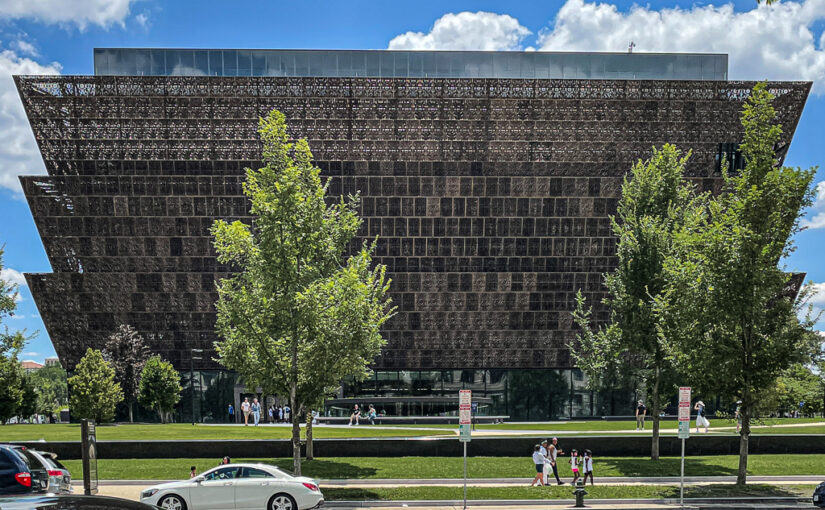 The National Museum of African American History and Culture tells the sad and moving story of slavery in the United States. Much of the story is well known at a shallow level, but the photo of the man staring at the Dred Scott poster that declared Black people to be not citizens and thus not eligible to vote brings tears to my eyes every time I see it. Here are some photos from the museum. 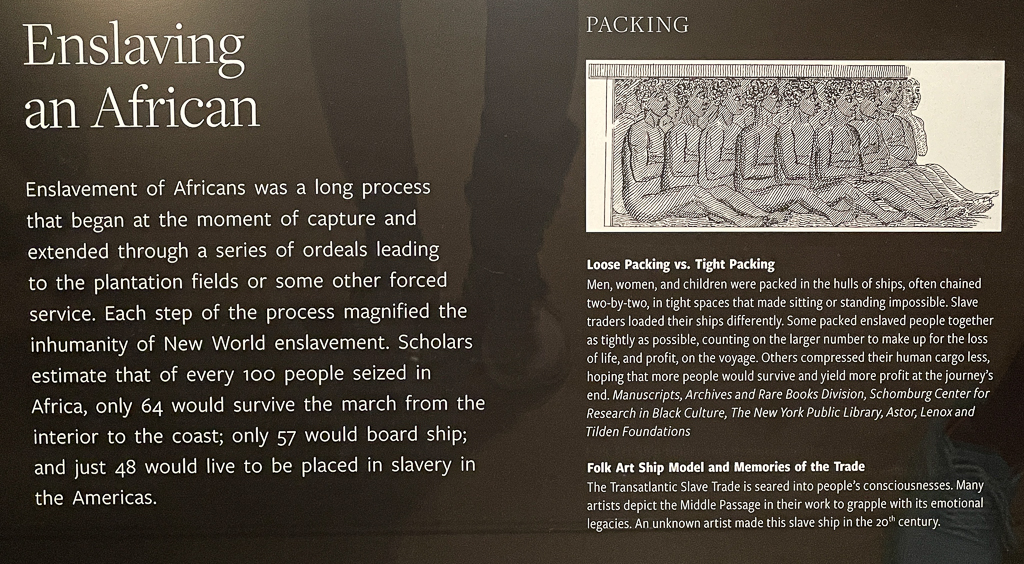 “Thomas Jefferson helped to create a new nation based on individual freedom and self-government. Yet over the course of his life, Jefferson himself owned 609 slaves. Their labor and service provided him personal liberty and wealth. Like Jefferson, 12 of the first 18 Presidents owned slaves. The Declaration did not extend ‘Life, Liberty, and the pursuit of Happiness’ to all Americans, undermining the ideal that ‘all men are created equal.'” 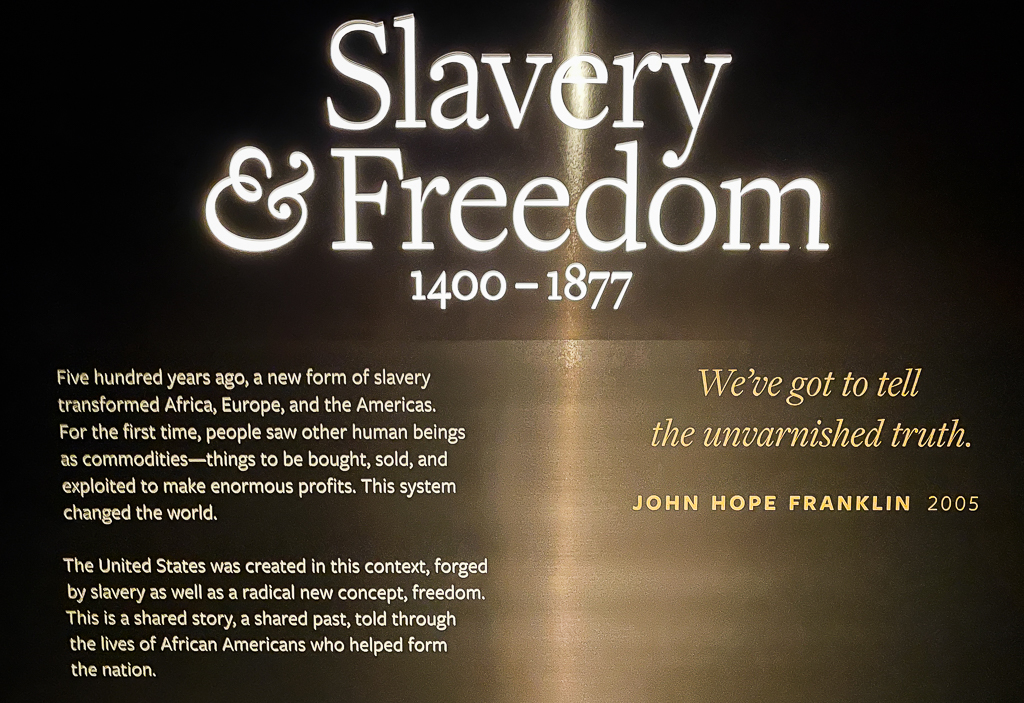 It is appalling that so many people found it appropriate to “kidnap” others from their home in Africa and ship them under terrible conditions to our country, and to own and enslave them and their descendants. Many of the European countries joined in on the quest to make profits by shipping slaves to the U.S. Shame on everyone who was involved in owning slaves, including many of our early Presidents.

After visiting D.C., Joan flew home to Florida and Stu continued to Texas to visit his Texas family.  Click here to share that visit.