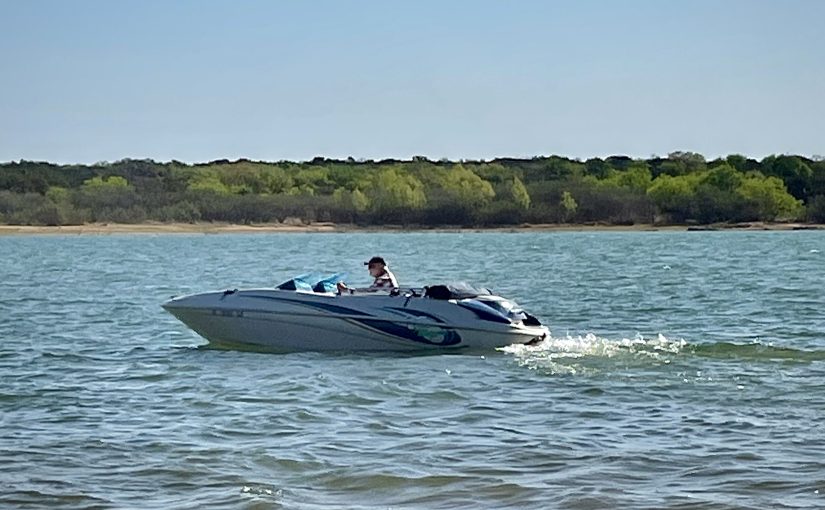 TwoTo is a small jet boat. Stu adopted her as an infant in 1999 during the early years of Jet Skies and jet powered boats. She is essentially a 6 person jet ski, capable of all the tricks and excitement of a jet except I’ve never seen anyone do a flip high in the air.

During her early years, I took her across Lake Okeechobee, nearly getting lost when a fog and heavy rain destroyed visibility and fuel ran low. Fortunately, I was able to follow a much larger boat into Rowland Martin where she spent the night at a dock and I rented a room.

Many more adventures continued to strengthen the feeling that while she is small, she is a very capable boat with excellent and comfortable handling.

So, when I was about to leave for South Africa to adopt my new Voyage, my kids “agreed” to temporary custody for about 20 years. First Shirley took over custody, teaching Justin and Nicole to love the water. Then it was Joshua’s turn giving both he and Jacob the thrill of a jet and prompting Joshua to adopt one of his own in 2022. Miguel did a heroic job of maintaining the now aging boat  while he enjoyed fishing between breakdowns.

In 2020 and 2021, I resumed custody, putting several weeks into upgrading older parts with lots of help and advice from Miguel.

She now starts easily and runs quite well.