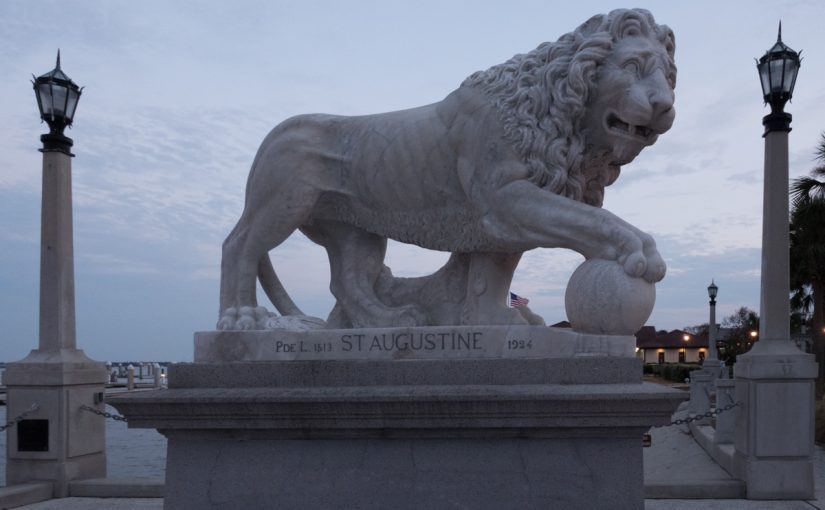 Walmart is many things to many people When you sort out the low paying jobs, sometimes inferior (and often good) merchandise, and usually difficult lines, one thing still stands out.

Walmart opens their parking lots all over the country to travelers in RVs for a night of free, relatively protected, and comfortable camping. Camped among the over-the-road trucks with drivers  sleeping off their mandatory rest hours are several RVs of various types. The 24-hour Walmarts are favored by campers who are “reaching out” by driving long distances on their way to a destination.

Our Walmart experience occurred because hurricane Irma closed the Florida state campgrounds where we had reservations during the trip home. The same storm also closed many of the commercial campgrounds we were using for backup locations as the storm damage began to be publicized.  So, we stayed in Walmart’s parking lot.

We were initially concerned about potential security issues, but as a 24-hour location, Walmart provided roving patrols that came by the parked RVs and trucks during the night. Walmart also gladly provided provisioning services to give us a close-by location for some fresh fruit and vegetables. 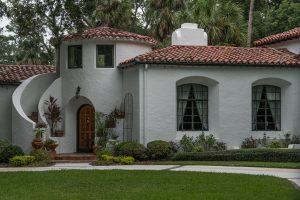 Jacksonville was next on our journey home. Joan arranged a private tour,  expecting to see some of the lovely churches and public buildings. What we saw, rather, was destruction from the hurricanes. There was one lovely building saved from any apparent damage as a seed to help the rest of the city rebuild. We wish them, and everyone who sustained damage from the storms,  a rapid and safe recovery.

St. Augustine is known (at least by us) for the Bridge of Lions. This bridge was reconstructed in 2011. The lions were removed for several years and stored while the 1927 bridge was rebuilt, preserving its approximate size and the original lions who guard the entrance on both sides. We try to walk across this bridge and pet the lions with each visit. 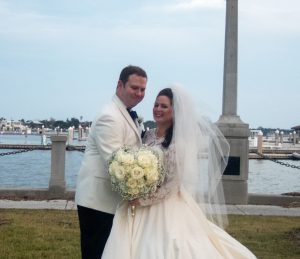 This year we had a special greeting as we approached the West side of the bridge to cross for dinner. A just married couple was posing for their wedding photographs. We enjoyed sharing the sights with the wedding party.

We had a surprisingly good dinner at Gas, A Full-Service Restaurant, just across the Bridge of Lions, and then did some sightseeing in the beautiful city of St. Augustine.

After our visit to St. Augustine, we went to another Camp Walmart for the second of two nights on our way home. Nothing special to look at, but a flat, level, apparently safe place that left a light on for us.

Click here to continue the trip home as we visit Flagler Beach and Melbourne.